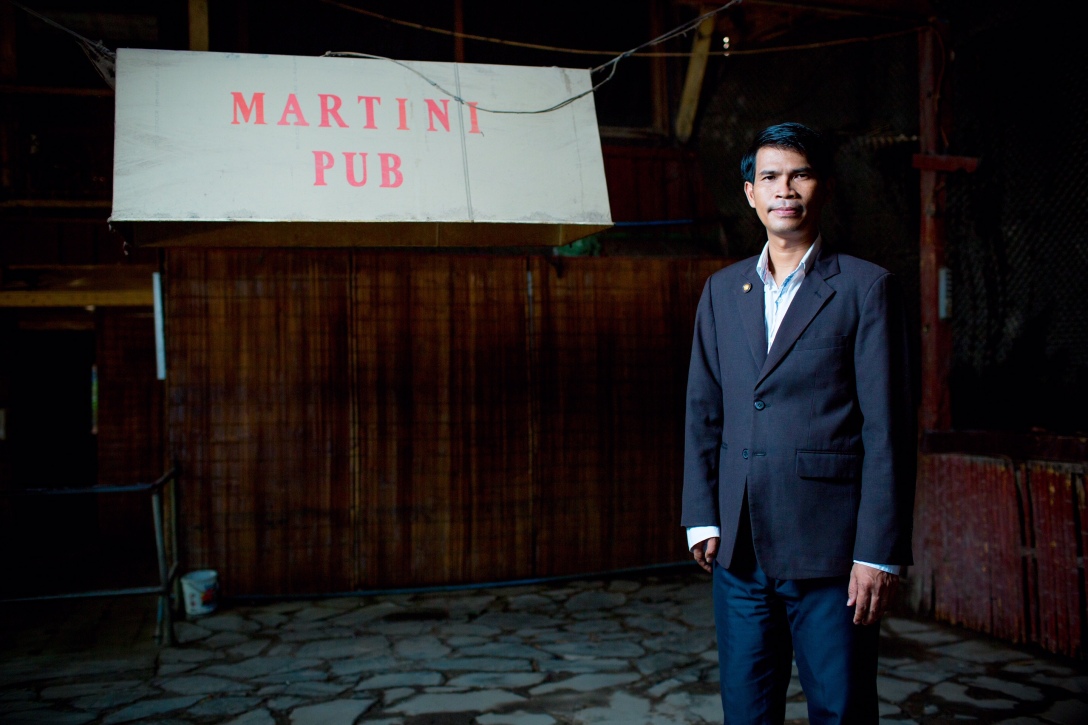 Originally published in the Church Times.

THE exact date and time that his life changed for ever is etched into Saroeun Sek’s memory: 3 May 2004, at 2 p.m.

Two weeks before that date, Mr Sek, a Cambodian, had been playing a DJ set at a popular nightclub in his nation’s capital, Phnom Penh, when he was approached by two men.

At first, they seemed like normal customers, and asked him what songs he was playing and how long the club was open for. But gradually the conversation began to turn in another direction.

“How many staff are there? Where are the owners? What happens if the customer wants to find a girl? What age range is there?” Mr Sek recalled in an interview last week.

Slowly he began to realise that the men were not ordinary customers, but anti-trafficking investigators from the Christian NGO International Justice Mission (IJM).

Mr Sek’s club, Martini, was one of the most “notorious” in Cambodia for the sexual exploitation of girls — some as young as nine years old — and it attracted foreigners from all over the world, he said.

“Every night, it was open from dusk until dawn. Every night, girls were transported from different places to go to the club and for the customer to select the girl,” he said. This was an open secret — he regularly saw customers on the dance floor openly choosing which girl they would take home.

“It was very troublesome for me. It bothered me psychologically. You know why? When I saw young girls sold to the customer in order to have sex, I felt that I have assisted,” Mr Sek admitted. Sometimes, the girls would object, and then be beaten or pulled around the club by their hair.

So, when the IJM staff asked whether he was willing to provide intelligence on the pimps and traffickers, he readily agreed. One week later, he submitted his first report: “I wrote everything — how many girls are there, what ages, how many suspects, how many pimps, what they do, what identifies them.”

And two weeks later came the moment that Mr Sek said turned his life upside down for good. The IJM staff returned to the club and asked whether he wanted to join up as a regular informant.

From then on, he started going each day to the IJM office in Phnom Penh to write reports on what he had seen the previous night while working. Just one week after he signed on as a permanent informant, his intelligence bore fruit: a police raid was conducted on Martini, using his information to rescue a girl from sexual slavery, and arrest a pimp.

Indignation at the treatment of the girls kept Mr Sek going while he lived his double life as a DJ by night and whistle-blower by day. It was a high-risk combination: twice, the Chinese gangsters who owned the club accused him of being responsible for the increased number of police raids, but he was able to talk his way out of trouble.

“In my lifetime as a DJ, I witnessed a lot of injustice happening inside that club,” he said. If he had not been willing to put himself in danger, more victims would have been at risk.

Mr Sek, who knew little of Christianity until his encounter with IJM, recalled how the charity gave him a Bible when he signed his first contract. “They said ‘Hey, you know this kind of job is very dangerous. It’s scary. If you feel nervous, just read the Bible.’

But bit by bit he began to read the scriptures, and came to realise why the IJM workers trusted God with their lives. Soon, he decided to become a Christian himself, inspired by the stories of hope, restoration, and redemption which he had read. 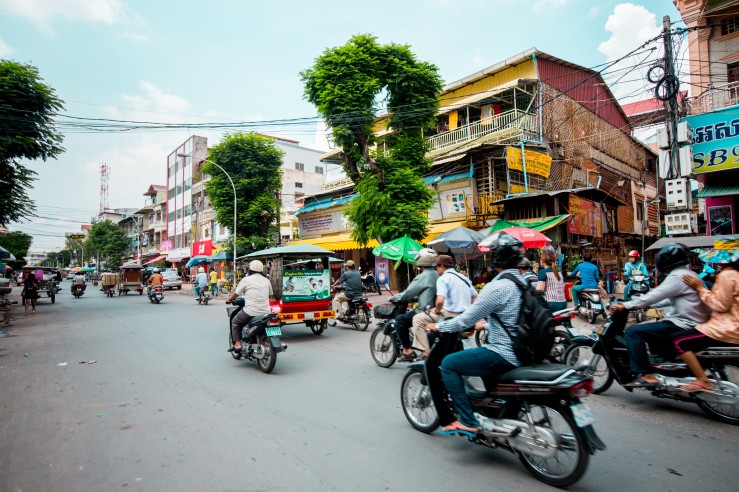 “There is a risk [in my work], but the most powerful risk-management for me is prayer,” he said. “God is unbeatable love: he protects us always, no matter where we are. When we feel in a situation of danger, we pray for his protection.”

As he got more involved in IJM’s work, Mr Sek began to take more risks to build cases against the traffickers and pimps who used the club. At times, he would follow suspects around Phnom Penh if they left Martini before IJM’s investigators could get there in time.

He also began studying to be a lawyer in the few free hours he had between his night shifts at the club and daily reports for IJM. Gradually, Cambodia’s police and justice system, prompted and assisted by IJM and other charities, began cracking down on sexual exploitation.

In the early 2000s, prostitution of teenage women was rife in Phnom Penh, Mr Sek recalled. It was not unusual to see foreign men walking down the street hand-in-hand with young girls, or pimps openly touting for business.

“Customers, especially the expats and the paedophiles, had completely open access to the brothels to select girls for having sex. It was open. It was not hidden.”

Research suggested that up to 50 per cent of all sex workers were under age when Mr Sek began his clandestine work for IJM. But, thanks to the dogged determination of charities, and growing public pressure, the tide began to turn. Today, less than one per cent of prostitution in Cambodia involves under-age girls.

After two years of his double life, Mr Sek left Martini to pursue legal work full-time, and eventually became a case worker and then prosecutor for the charity, often helping to convict men and women whom he knew from his DJ days.

Until now, his part in bringing down their sex rings from inside the club has never been made known.

Since 2009, Mr Sek has successfully prosecuted 129 people for sexual exploitation, and the charity has rescued more than 750 girls in Cambodia.

Increasingly close collaboration with the authorities has also led to the training of more than 500 police officers by IJM.

Now, as IJM Cambodia’s director of legal, he insists that success in eradicating the scourge of under-age prostitution and trafficking came only through co-operation. “IJM alone cannot solve this. Beating slavery requires a lot of collaboration. The most effective way to decrease the prevalence of sexual exploitation of minors is to have strong and pro-active law enforcement.”

“By providing the skills, especially the investigating techniques and crime-scene protection, [the Cambodian police] are increasingly more open and co-operative and proactive in initiating the criminal action. They take more ownership.”

With the dramatic decrease in sex trafficking, Mr Sek has now turned his attentions to forced labour, particularly of Cambodians who are being trafficked across the border to work in the Thai fishing industry.

“Cross-border trafficking is a major regional problem,” he said. Some victims have been trapped on board boats for up to seven years. One of his clients was almost killed when he demanded payment for his 20-hours-a-day of backbreaking work, only escaping by jumping overboard and swimming 170 km until he was rescued by the Brunei Navy.

The industry reaches British shores, too, as much of the Thai seafood caught by men and women trapped in this kind of slavery ends up being sold on UK supermarket shelves.

“To end this modern slavery, IJM alone cannot stop it. You can play a crucial role to mobilise and stop this crime. What you can do is support our work, and tell your family, tell your friends, tell your communities to join us and fight together in this journey.”