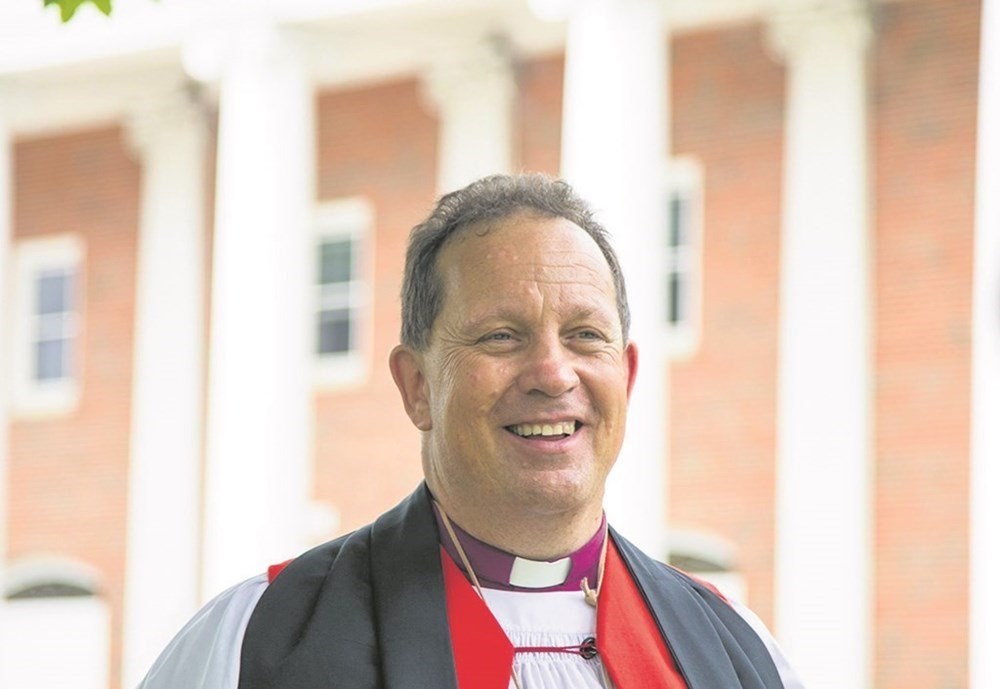 Originally published in The Times.

Arch traditionalists are preparing to break away if the Church of England goes ‘too far’ down the road of modernisation, Tim Wyatt writes

Last month a group of hardline conservative Christians ordained nine men as deacons and priests in the clearest sign yet that they are threatening to set up a breakaway Anglican church.

The Anglican Mission in England (Amie) was founded in 2011, but until now it has acted largely as a pressure group behind the scenes. Its first ordinations, which were open to the public and streamed live on Facebook, signal a more defiant approach.

Lee McMunn, an Amie vicar in Scarborough and the group’s mission director, says: “People will now see that we are actually serious about Anglican ordination. This may be the first, but it will not be the last. It will encourage more people to come and talk with us and things will grow.”

The disaffected low-church evangelical priests who make up Amie and lead its ten congregations have until now been defectors from the Church of England, angry at what they see as its drift towards liberalism. By ordaining their own clergy — not previously Anglican priests — who will minister outside the Anglican communion, the group took its first steps towards creating a new denomination.

Amie sees itself as representing true Anglicanism, despite being outside the structures of the established church. It describes its vision as creating and supporting healthy Anglican churches that preach a traditional, conservative evangelical Gospel. It insists that it does not seek to break up the Church of England, but also openly admits that it will work outside the church if it feels that its aims are being held back by hostile bishops.

The nine men will be sent to lead the growing number of independent Amie churches, all of which have been “planted” — or started from scratch — over the past five years in places such as Scarborough, the Sheffield suburbs, and Bude in Cornwall.

The impetus behind the fast-growing faction is dissatisfaction with the Church of England’s compromises over gay marriage, transgender issues and other disputes involving sexuality.

The traditional Anglican solution to tricky issues — generous helpings of fudge all round — has not appeased the breakaways. Most recently, the church’s leadership delayed decisions until 2020 by establishing another committee of bishops to look at questions about sexuality for the next three years. The church, therefore, officially endorses marriage as between a man and a woman, but some Anglican churches are holding services of “prayer” for gay couples, where rings are exchanged.

The traditionalists also rejected the introduction of women bishops in 2014. The recent announcement that Sarah Mullally, a junior bishop in Devon, would become the Bishop of London, the third most senior cleric in the church, has only heightened the tensions between the factions.

Defections to Amie and similar breakaway groups have been kept to a few thousand. Plenty of vicars and congregations sympathetic to Amie have decided to stay inside the Church of England for now, but some give money to the breakaways. However, a few conservative churches, such as the 1,000-strong St Helen’s, Bishopsgate, in the City of London, have inched closer to the exit by publicly warning that they will not collaborate with priests or bishops in their diocese who do not adhere to their traditionalist teachings.

The ordinations last month were carried out by the group’s bishop, Andy Lines, an ordained Anglican minister who works for a missionary agency. Lines was made a “missionary bishop to Europe” by an allied breakaway church in North America last summer, although he has been privately warned by the Archbishop of Canterbury that this does not give him any more authority in Anglican churches.

Lines has emphasised that, despite the group’s growing stature as a church in its own right, it does not intend to replace the Church of England. “This is not a threat to people in the structures [of the CofE]. This is to cater for those who are already outside,” he said.

While plenty of conservative evangelical Christians have walked away from the established church before, Amie poses a new challenge to Archbishop Welby’s hopes of holding his fractious flock together.

The faction is organised and well funded, with wealthy benefactors within the Church of England and overseas. It plans to start 25 churches by 2025, and 250 by 2050. Mr McMunn said that there were already another ten people ready to become Amie priests this year.

Some observers suggest that Amie, despite its insistence otherwise, seems to be rapidly turning itself into a shadow denomination, with its own bishops, priests, churches and institutions that will be ready to break away for good if the Anglican church goes “too far”.

So far, Archbishop Welby has quietly tolerated Amie’s activities. How he responds to the latest developments could define the rest of his time leading his fractious and disunited church.