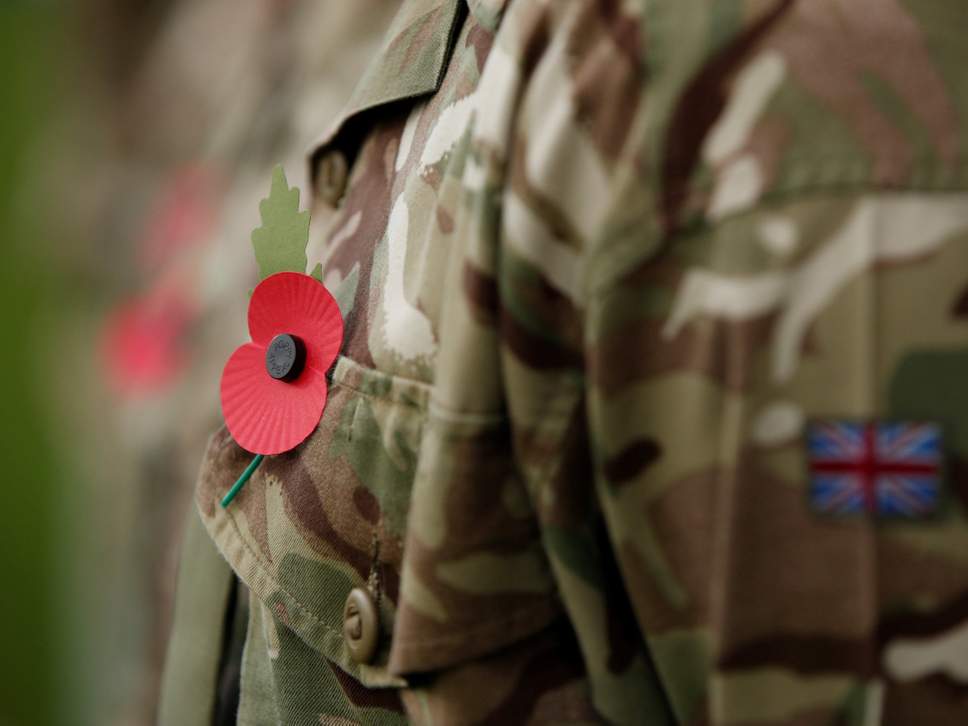 Originally published by The Independent.

Many of the famous red poppies sold during this year’s charity appeal for ex-servicemen have been made by British prisoners earning on average £10 a week, The Independent can reveal.

The Royal British Legion, the armed forces charity that runs each year’s poppy appeal, confirmed inmates at HMP Ford in West Sussex had for several years been producing the black centre buttons and green stems.

But anti-poverty campaigners have now accused the well-respected charity of “exploiting” prisoners and undermining their fundraising efforts.

One3One Solutions, the commercial arm of the Ministry of Justice’s prison industries, has been working with the Royal British Legion and another charity in Scotland, Lady Haig’s Poppy Factory, since at least 2015.

A document which dates from 2016 showed the two firms spent almost £100,000 paying the prison for the services of its inmates in manufacturing the poppies.

While neither the Legion nor the Ministry of Justice were able to say how much work had been done this year, both confirmed prisoners at HMP Ford were still hard at work making the plastic parts.

The Legion said: “We have a commercial arrangement with HMP Ford who produce the black centre button and green stems of our poppies through injection moulding machines operated by prison staff. The prisoners take the stencils apart when they come out of the machines and package the individual pieces.”

The Legion also said it had an arrangement with HMP Whitemoor in Cambridgeshire, where prisoners “refurbish” its collecting tins and buckets, and fill poppy trays and boxes.

The average prisoner in Britain who is engaged in some kind of employment behind bars earns just £10 a week, a prisons inspectorate report from 2016 found.

About one in three inmates take up the offer of work while they serve their sentence. The minimum wage – £7.80 an hour for anyone over 25 – is just £4 a week in jail.

The executive director of War on Want, an anti-poverty charity which has campaigned against sweatshops and for workers’ rights, said people would be “shocked” to find out their poppies are assembled by prisoners.

“Charities have to live by the values they espouse [and] make sure people aren’t being exploited and are paid a living wage for their products,” Asad Rehman said.

“My grandfather fought in the First World War. Many veterans would say that they fought for a society that wasn’t based on that kind of exploitation.

“The end doesn’t justify the means. Exploitation of cheap labour, whether it is in prisons or out of prisons is deeply problematic.”

The growth of prison work has become a contentious issue worldwide, particularly in the United States where many prisons have made large sums of money by selling their inmates’ labour to large multinationals.

But the prison service has argued that encouraging those behind bars to work, even for wages as low as £4 a week, is a good thing.

Simon Boddis, the senior civil servant responsible for commissioning in the prison service, said in a leaflet advertising One3One Solutions to outside firms there was a “strong case” for expanding prison industries.

The leaflet reads: “It makes sense in terms of payback to society, helping support the UK economy, playing a part in reducing further costly offending and providing increased value to the taxpayer.”

Prison activists, however, say most prisoners choose to work because they need the money to pay for TVs and other perks inside jail.

Many have criticised the work available, which is mostly unskilled and repetitive manual labour, as offering no long-term benefits to inmates beyond countering boredom.

A spokesperson for the Howard League for Penal Reform charity said they had always campaigned for “real, properly paid and trained work” in prisons.

“A lot of prison labour – in the sense that it is quite menial and not particularly well-paid – doesn’t prepare prisoners for release,” he said. But the League did not have any problem with prisoners being asked to make poppies in particular, he stressed.

The practice is not confined to the UK either – prisoners in New Zealand and Canada have also been involved in making their own versions of Remembrance Day poppies.

Many of the poppies and wreaths sold by the Royal British Legion are made by the Poppy Factory, an organisation which employs disabled veterans who have struggled to otherwise find work since leaving the forces.

A spokesperson for the organisation said they were unaware the Legion was also having poppies made by prisoners, but did not comment further.

Mr Rehman said the revelation underlined why society needed to change its attitude towards prisons.

“I don’t think this is the right signal to be sending – seeing people in the most vulnerable position as a source of cheap labour,” he said. “Prisoners are working for wages which wouldn’t be acceptable outside in everyday life.

“Prisons are seen first and foremost as a source of cheap labour rather than a place where we are rehabilitating people.

“Ultimately prisoners are still human beings, inside or outside prison they still have the same human rights.”

A Royal British Legion spokesperson said: “We work with the prison service at the request of the Ministry of Justice to provide work opportunities for prisoners. We believe this is a good opportunity to support the prisoners in their rehabilitation and it is not a route to cut labour costs.”