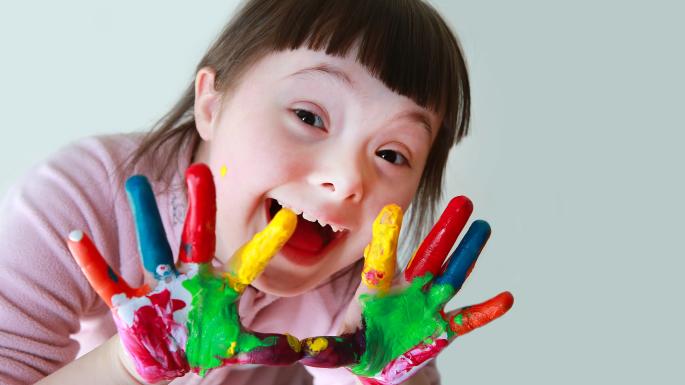 Originally published in The Times.

The Church of England will today debate a controversial new test for Down’s syndrome, which could lead to people with the condition “effectively disappearing”.

Bishops, priests and lay Anglicans will consider what the church’s position should be on the new screening technique, which when rolled out in other countries has led to virtually all foetuses with Down’s being aborted.

Many churchgoers oppose anything that could lead to more Down’s-related abortions. However, the church’s medical ethics adviser, Dr Brendan McCarthy, insisted before the debate that the new screening technique — the non-invasive prenatal test that is expected to become available on the NHS to some mothers this autumn — was “good news”.

“Any information that can be given to a woman with regard to her pregnancy can be helpful for lots of reasons,” he said. However, unless it is rolled out carefully, with counselling and non-directive advice available before and after, it could lead to a sharp rise in the number of abortions for Down’s, he added.

In a briefing for members of the synod, Dr McCarthy noted that when Iceland and Denmark introduced universal screening for the condition, termination rates went up to almost 100 per cent. “There is a real possibility that people with Down’s syndrome will effectively disappear from their populations,” he concluded.

Already, 90 per cent of British women told that their unborn child has Down’s — via the more dangerous and invasive tests used at present — decide to terminate the pregnancy.

The motion proposed by the Right Rev James Newcome, the Bishop of Carlisle, “celebrates” advances in medical technology and calls on the church to support the development of more screening. The motion also urges the government and the NHS to ensure that parents who discover through the new test that they are expecting a child with Down’s receive “comprehensive, unbiased information with regard to this condition”.

There was “strong anecdotal evidence” that nurses or doctors sometimes express regret when delivering the news of a positive test for Down’s or immediately offer to arrange an abortion without being asked, Dr McCarthy said. “One shouldn’t say ‘I’m sorry’. A Down’s syndrome person is not something to be sorry about.”

If unbiased pre-test counselling was offered, he was hopeful that — unlike in Iceland and Denmark — not all Britsh women would choose to abort.

The motion is expected to receive strong support. Dr McCarthy said that he even hoped it would be passed unanimously.

Less likely to secure that kind of backing are questions about how the church handles allegations of child abuse. A briefing on the church’s role in the upcoming independent inquiry into child sexual abuse was on the agenda for this morning, while the furore over the George Bell debacle — when the long-dead bishop was effectively accused by the Church of England of being a paedophile based on a single allegation — also spilt over into the synod chamber.

One of the most popular private members motions — which requires 100 signatures from synod members to be debated — calls for an “urgent review” of how the church deals with survivors of sexual abuse. Another expresses “regret” at how Justin Welby dealt with the Bell scandal and calls for the dead cleric’s “reputation as one of the great bishops of the Church of England [to be] restored untarnished”.

The archbishop has refused to back down. In an interview with the Church Times he said that Carol, the woman who accused Bell of abusing her, should be treated with “equal importance” as the reputation of the man she claims exploited her.

Another row revolves around whether the church should create a new service to welcome those who change gender. A sub-committee of bishops vetoed plans for a trans liturgy last month, despite the idea being strongly backed by the last synod in July. LGBT activists have claimed that a small group of bishops are frustrating the will of ordinary priests and worshippers.

Bishops were challenged on the issue on Thursday. One synod member, Angus Goudie, said that the decision had caused “widespread pain and disappointment”, but the bishops insisted that their decision was final.

The synod was also set to discuss a proposal to allow Methodist ministers to act as priests in Anglican churches and vice versa. Anglo-Catholic churchgoers claim the scheme would undermine the Anglican conviction that only bishops, which do not exist in Methodism, can ordain someone as a priest.

The church historian and ordained Anglican Diarmaid MacCulloch ridiculed the idea that throughout history all true Christian churches have had an unbroken succession of bishops, stretching back to St Peter. “It is ecclesiological snobbery to suggest that [Methodist] church discipline is any less ‘Catholic’ than Anglican episcopacy,” he argued.

Whether Anglo-Catholic opposition is enough to topple the scheme remains to be seen.